Posted on September 20, 2011 by bluefifthreview

Shards of a garden
In an open room
And scent of crushed
Grapes before love
How did folks
Grow so and send out
A small white blossom!
In the untrodden deepest sleep
Of one fly multi-colored
Sparklers in the
Dark

[There is no other]

There is no other no other beside you – speech

[Till falls a sudden]

Muffled infants of the water
With bellows battering the unknown
Topos of sleep
those across
Raving, come up to breathe, causing
Her to rustle, your God with tongue
Attaining the untrodden. 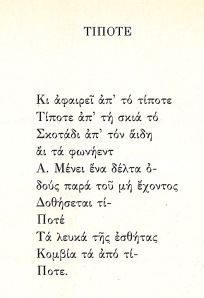 And subtracts nothing from
Nothing – dark from the shadow
From Hades ai! the vow-
ELS. A delta remains
as of a road by the not been given no-
Thing
The white buttons of the bod-
ice from no-
Thing. 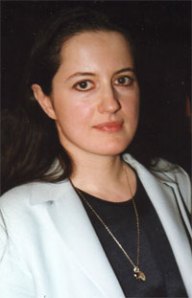 Translator’s note: I first began translating the poetry of Ioulita Iliopoulou from her book, Ευχην Οδυσσει, of which these translations are a selection, in 1999 when I was an undergraduate, under the study of Olga Broumas at Brandeis University. There, I was introduced to Ευχην Οδυσσει, translated as Wish or Prayer Toward Odysseas, which was written by Iliopoulou and published in 1997, after the death of her lover and companion, the Greek Nobel Laureate and poet, Odysseas Elytis. I had previously studied Latin, much more extensively French, and very briefly, Ancient Greek. Independent Studies and later a Fellowship, while I was at Brandeis, allowed me to learn Modern Greek through immersion in poetry translation, perhaps a very different method than most, which favor pure language study or an immersion method. I chose translation, supplemented my study with grammar textbooks, and I benefited most by working closely and often, collaboratively, with Olga Broumas, a native Greek from Syros and the luminescent translator of the late Nobel Laureate, Odysseas Elytis, and now, Kiki Dimoula.

I found learning and speaking Modern Greek this way akin to suddenly being thrown into a body of water—the music now familiar, now a surprise, the imagery lifted from the Greek landscape, Greek history, culture, national identity, sensibility; my brain filled with the sounds of words and their sensibilities I was only beginning to comprehend. In Iliopoulou’s dense and embedded, powerfully emotional yet controlled, and intimately visionary poetry, I felt a kinship with my own writing, especially in her use of syntax, how etymology echoed in associations with other words and toward other languages. When I first began translating, and her poems began to appear on the page in English, in the early versions, which soon lead to a final poem, her voice—its fierceness, presence, boldness, subtly, sensuality and depth—floored me. The music of her Greek is gorgeous and the greatest challenge has always been to bring that music along with meaning, as well as the density of her use of language, which is compounded by the density and efficiency of Greek grammar, as compared to English, in my opinion.

As is necessary to translate a writer from one language across to another, you must enter into that writer’s language and world in the sense of being a shadow beside their poems. As a result, you feel they are your poems, these translations, when you are done—but of course they are not. The humility of that reality is a welcome relief from the experience of writing one’s own work, which can often become fraught with the presence of the troublesome self at every step. In this sense, translation is a lovely occupation, allowing a sense of play with language, meaning, music and inadvertent collaboration, whether across oceans, great lengths of time or beyond the grave. 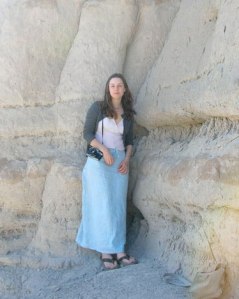 In this brief selection of five poems by Iliopoulou, from Wish For Odysseas, you will receive a slight impression as to the arc of her book and its movement forward and backward through time. The poems are placed in a sequential order from her book, where they also map a chronological order of events. We begin with “Before Love”, an early poem where the title bespeaks the context; this poem gives a sense of possibility, the warmth and energy of Greece, and also, of innocence. Several shorter, epiphanic poems follow, many of which recur regularly throughout the book; they vary but often give the sense of dropping into a private utterance and recurrent and powerful imagery. These stand alone and seem to echo out of time, toward longer, more complex poems. In Iliopoulou’s complete book, poems are placed in the midst of their relationship, as well as after Elytis’ death; what binds them so effectively is their emergence in the Greek landscape, as well as potent imagery, imbued with eros, complexity and a sense of their own history. The last poem, “Nothing,” is complex, addressing death, the body and spirit, and also playing associatively with language and the Greek alphabet. It asks us, ‘what is this death, what is left’; the answer is….

Always, imagery, music and syntax communicate meaning first, as Iliopoulou rarely just makes statements. Poems avoid cliché, the triteness of black and white depictions, to arrive instead at a true complexity of emotional, spiritual and physical realities, where nothing is ever completely known or can be completely expressed.

Ioulita Iliopoulou has studied Byzantine and Modern Greek Letters at the School of Philosophy, University of Athens and Theatre Studies at the Drama School of the Athens Conservatory. She has published five poetry collections. Her recent editions are: 11 PLACES FOR 1 SUMMER (2007, Poetry) and WHAT ZINON IS ASKING FOR? (2005, children’s book). She has written the libretto for the opera by George Couroupos, THE FIR-SHIP and the poetry for the Lyric Tragedy, JOCASTA, by the same composer. She also writes essays, works as a book editor, and cooperates with the ORCHESTRA OF COLOURS in the creation of programmes based on music and literature.

Melissa Buckheit’s poetry, prose and photography have appeared or are forthcoming in Shearsman Journal, Bombay Gin, The Drunken Boat, Sinister Wisdom, Cutthroat: A Journal of the Arts, Spiral Orb, Pirene’s Fountain, A Trunk of Delirium, and Sonora Review. Her first full-length poetry collection, NOCTILUCENT, is forthcoming from Shearsman Books in the UK, in 2012. Buckheit, a poet, dancer/choreographer, Bodywork Therapist, also teaches Literature, Writing and Creative Writing at The University of Arizona and Pima Community College. Her chapbook, ARC, was published in 2007. She lives in Tucson with her partner and son.

Blue Fifth Review, edited by Sam Rasnake, Michelle Elvy, and Bill Yarrow, is an online journal of poetry, flash, and art.
View all posts by bluefifthreview →
This entry was posted in Poetry, Poetry Special. Bookmark the permalink.