Posted on January 30, 2013 by bluefifthreview

“Music has the great advantage of being able to tell everything
without mentioning anything.”
– Ilya Ehrenberg

Open darkness conjures your trust—
Expels secrets from broken flasks.
Someone is gone—No one’s going—
A mirror—here—framed in flat crepe.

Caught by a locket’s ghost—
Kept captive by milk glass—
You are no longer seeing
Time—just a broken plate
Dusted with silver—lost—
A camera long past
Light—beyond capturing
Time—broken—empty—late.

Ink blots dropping from a quavering hand.
Today they might carry music. They might
Leave notes. Mostly they make for ruined white
Pages. Something to clutter music stands.

Belong to someone’s mother. Soon, you must
Hand them back. Dim those lights—put off each task
For now. We hide no questions—no brooding
Mysteries—just cool tea, time and earthquakes.

A train slides along cool tracks. Crushed
Cinders bounce between ties. Trees pass—
Their staccato shadows carving
Light into a code. Steel wheels scrape
Steel rails. First class is vacant—dust
Inhabits horsehair—in the last
Baggage car a box is resting—
Sin black—polished—its perfect shape—
Long and deep—makes room—only just—
For an absent body—sleek—fast
On this clicking journey—bearing
No one to where there’s no escape.

Days are as merciless as rust—
Flaking away—forming years—pass
The oil can. You must keep moving
Or die—ignore your pain and scrape

The oxide free. That photo—retouched—
Again—off-gray, hidden by glass
Rests on your bookcase obscuring
A metronome you couldn’t break—

Its beat still regular, if hushed
Tonight. Go ahead and unmask
The mirrors. Give up the nervous cleaning—
Your glasses will never be clear. It’s late:

Close the cabinet doors—do not adjust
The locket, shift the page. Your tired past
Wants rest. There’s nothing left here reflecting—
Just empty sound—low notes—falling away.

Author’s commentary:Anthony Burgess once said “music is all verbs.” Sometimes I think that music itself is a verb.

Because I have no talent as a musician, I have been fascinated by music my entire life.

Writing about music is difficult because it is another language.

All the musical pieces that I have written have been attempts to understand that language.

I have found my way into symphonies, into the dialog form that is the concerto, into the cold solo words of a piano.

There’s a four-hundred page failure of a novel gathering dust that I wrote to understand Arnold Schoenberg’s twelve-tone system.

The hermetically sealed world of the string quartet eluded me. 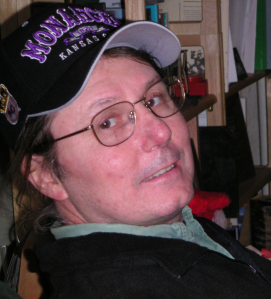 The string quartet is a special form. It can often feel like comfortable background music for sophisticated conversation, but it is much more sly than that. It has a tendency to lead thought down different passageways as one set of four strings takes over the conversation from another.

I spent a month held captive by the fifteen string quartets of Dmitri Shostakovich. I listened to at least one or two each day, before and after going to work at whatever temporary job was putting food on the table.

There’s a beautiful book about them, called Music for Silenced Voices, by Wendy Lesser. I read that after the first two weeks of my captivity.

I still wandered lost through the harsh beauty of Shostakovich’s music.

Then I struck a form. There’s a post-Troubadour, Provençal type of verse called rimas dissolutas. The ends of lines rhyme from one stanza to the next. I chose a four-line stanza. Images found me.

Fortunately, the Quartet number 15 is written in a number of short movements, because I had to catch the images while working at various conventions, with a pocket notebook and business cards as a writing surfaces.

Without consciously trying, the poem got built out of four sounds, a few images and a handful of verbs.

Because music is all verbs.

Mark J. Mitchell is the author of Three Visitors, winner of the Negative Capability Press National Chapbook Contest (2012). Another chapbook, Fishing in a Knife Drawer, is available from Fowlpox Press. Folded Words Press will be publishing Artifacts and Relics in 2013. Two of his novels are also in the pipeline.

Blue Fifth Review, edited by Sam Rasnake, Michelle Elvy, and Bill Yarrow, is an online journal of poetry, flash, and art.
View all posts by bluefifthreview →
This entry was posted in Broadside, Poetry and tagged Broadside, poetry. Bookmark the permalink.