Posted on October 31, 2013 by bluefifthreview

The store opens seven minutes late and Mirko is fifth in line.  He wipes rain off his forehead and tries to ignore the gnaw in his gut.  Nothing bad will happen, he tells himself. They’ve been alone before and nothing bad happened. The bare necessities Father sent him to buy, rum and sauerkraut, clink in the string bag as he runs the whole way back. Opening the door of the flat, he slips in a puddle and steps on a shard of a broken vase. Cornflowers are strewn over the linoleum and Zofka is tugging at her T-shirt and as Father approaches, Mirko sees spreading redness on his cheek. Father grabs the rum bottle, screws the top open, swigs once, twice, and strides into the kitchen, whistling.

Mirko smells his own curdled sweat, burnt onions still lingering from last night’s supper, squished stinkbugs.  Zofka pulls out a weathered brown bag from under the bed she and Mirko have been sharing. “Not another fucking second,” she says.  Her tone is sharper than the vase shards. “Thanks for looking after me when I was sick and all that, but it’s over. He’s a creep. I can’t stand this place. Getting to where I can’t stand you.”

She throws a tube of lipstick and mascara into a purse, brushes her hair, slides the T-shirt over her head with the panache of a beauty who’s been ogled since she was three. Mirko stares at her breasts, takes a step towards her.

“Not a chance,” she says.  From the kitchen Mirko hears a laugh turning into a cough. Mirko wants to punch Father or grab a kitchen knife, slit his throat, and then laugh.

He tugs at a lock of his hair, bites his lip. “Maybe we can get a place together, not here, somewhere…” He hears the tremble in his own voice, flushes with embarrassment. She does not respond, reaches under the bed again, pulls out a book held together by an elastic, throws it into her bag.

Mirko has never seen her with a book. “What is that?”

She ignores him, adjusts the bag on her shoulder, raises her voice. “As for you, creep, hope you burn…”

Father’s voice booms. “Oh, Zofi, and here I thought we were in love. Well, when I’m burning, I’ll save you a spot next to me.”

She opens the door, looks at Mirko for the first time. “Mirko, I…”  Mirko stretches out a hand towards her and her eyes slit and she runs out the door.

Mirko sprints after her but Zofka catches up to the streetcar accelerating from its stop, hops on. She does not turn back.

The morning after Zofka takes off, Mirko slides their bed into the middle of the room, tears off the sheets, upends all the drawers, knocks all the books off the shelves. Father clears his throat as he walks around the funeral pyre pile but says nothing. Mirko is still toying with the sharpness of the butcher knife and the sound Father’s neck would make as blood squirts. He finds only Zofka’s emerald-colored hair barrette and a dangly earring. He tosses the earring up and down in his palm. Every part of his body aches. His knuckles are swollen and crusted with blood; his fist, he thinks, went through a cigarette machine and a store window. He bolted like a bank robber out of both places, ripped himself out of clutching hands. He’s pretty sure he remembers a fight. His ribs are bruised; when he touches his cheekbone his fingers come away bloody. He drank a lake: rum, much beer, slivovica, fernet, and still more beer. He asked for Zofka in every restaurant they’d worked, every bar or cinema they’d visited. Was he hit by a streetcar or was that just a nightmare? He knows he sat under a streetlight, wailing “Zoooooofkaaaaa, Zooofffkaaaaa. I neeeeed youuuuu.”

Poison overflows in him. He can’t imagine not finding her. The water in the shower scalds and he’s glad of the pain. He can’t remain in the flat. Father is unaware he’s close to death. A single word might make him snap and then he can never come back and he’ll be on the streets again.

Dogs are yelping outside and their infernal noise echoes in Mirko’s head. He jumps up, grabs a ripped shirt from the pile, runs by Father without a word, slams the door. He jostles into a burly body, almost falls.

“Hey, chujan, easy does it. Don’t kill yourself yet. I have a proposition.”

Duro, his friend, best friend, only friend. He might land him in jail. But he might help find her. Mirko throws his arms around Duro who pulls him roughly off the street into the shadows. 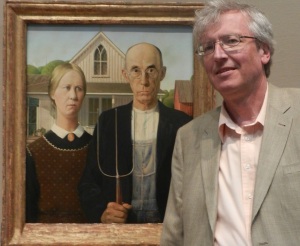 Author’s commentary: In March 2011, as I was squinting at a computer screen,  Mirko, a borderline-hooligan teenager appeared, saying “Come, let’s do a little slumming. We’ll have a blast.”

He whistles off-key, full of bravado, certain that no matter how hard the fall, another adventure is around the corner. His mother is throwing him out of the house and handing him over to a father only marginally more responsible than Mirko.  The situation is explosive and Mirko, naturally, pushes all the buttons. His last words on leaving Mother are “You’ll bail us out, won’t you, sweet Mami?” ensuring the guilt-ridden mother is overcome by panic.

He treats me, the putative author, with similar disdain.   These are his tales, his adventures to relate.  He knows what happened, how it came to be, what comes next.  He snorts at sentimentality, groans when I don’t get the words quite right.  He’s not afraid to test the sharpness of a knife, to curl up under a bridge.  He bleeds and insists that in the telling I bleed, too.  He guides and I follow.

Bratislava in 1965 is a tough place to be growing up, for a teenager with an attitude, who often lacks a roof or a slice of bread, who is struck down by a thunderbolt of love.  He trips over cobblestones and his own impetuosity.  He tastes the brine of freshly-made sauerkraut and winces as he shares borovicka with his more street-wise prison-bound friend Duro.  He does not stop to ponder loss of innocence or dreams turned into nightmares.

He lives fully and insists only on telling the truth.  I am in thrall.  So many escapades ahead.

Blue Fifth Review, edited by Sam Rasnake, Michelle Elvy, and Bill Yarrow, is an online journal of poetry, flash, and art.
View all posts by bluefifthreview →
This entry was posted in Broadside, Flash. Bookmark the permalink.