Posted on September 15, 2015 by bluefifthreview

The First Heart Attack, or What Happens to Your Daughter When You Die for a Little While

There is no happiness found here.  It was a dove darkened by honesty, by fear. Should you need happiness, find it elsewhere inside your mind.  It is in this place where all things can be honorable and right.  It is here where light turns outward.

While the skies moved over parts of the world unseen, my little girl sat on her bed.  Here’s what I imagined under the sky’s clouds

I imagined her legs crossed.  Her eyes downward.  I imagined the air in her lungs as life and hope and hoped myself it would give her peace from inside in a way she couldn’t find outside.

I imagined her best clothes worn to see me so I would know she wore what I bought for her, so I would be happy.  I imagined her drawing smiles for me on large paper across the bed while the sun died in her window.

I imagined her hurting and with no one to tell.  My imagination killed me first, then I died a draining gray death.

But she loved me, her stepmother.  In that space made by trauma.  Her frozen eyes loved me while her mouth twisted in red and purple, in an anguish not wholly defined.  She loved me in this way with her eyes and her sad mouth, and when I told her I loved her and to tell the kids I loved them she said she would, and I like to think she did. 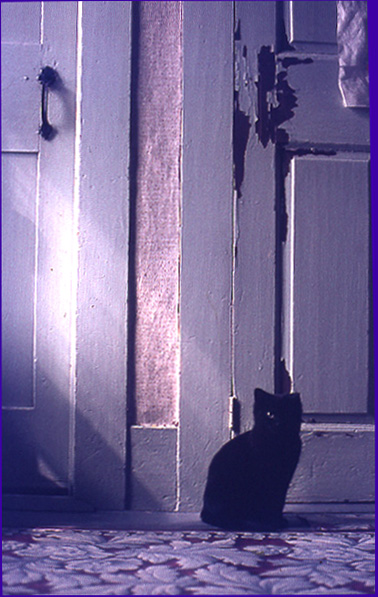 A Gap in Inventory, or Step 4

The last time I saw Genus he was doing fine, leather hat in hand, refusing the chance to smile.  Solemn is a word that comes to mind.  Serious comes to mind.  But sad is the overwhelming feeling Genus brings to my heart.  “How much for your hat, Genus?”  A half-joke.  No reply.  I really wanted that hat.  Leather, dark brown, full of character, worn.  Immortal, that hat.

When he spoke, it was behind his hand, but in a quiet way, not in a way that made you think he was talking about you or somebody else.  “What’s happening, Genus?”  No answer.  Just a nod, and you never pushed it.  A nod was enough.

The money he made, when he made it, went to alcohol.  Cheap beer, vodka, liquor.  There were only theories about where he stayed nights.  Some told he slept under the Manchee Bridge about three blocks from the courthouse.  Some said he didn’t sleep, claimed he turned to stone, swore he was a vampire.  I believe them all.  I like to believe them all.  “The Manchee treat you right, old man?  Keep you out of the rain?”  He was full of mystery that way, in a way that was good, not like he was somebody to watch out for.

It was my first divorce and I’d been thinking about God and death.  There was this camper, the kind you crank and it pops up like a sunflower blooming.  I went out and sat in that camper for awhile.  I’d been hiding beer under a tin bucket on the hill above the house since moving back from Berea to stay with my mom and stepdad.  There were two left, and I was thinking about drinking them.  I was twenty-two.

My two-year-old son was inside, playing with my youngest brother.  When I saw this shooting star out the window, I went fast inside the house and pulled my brother away.

“There was this falling star,” I said.  “I mean it just streaked, Bub.  It flat out streaked across the whole sky.”

I could feel my eyes being big as silver dollars inside my head.  We were sitting on this little couch inside the camper and Bub seemed uncomfortable.  I told him we should get outside in case it came again.  I told him I was sure it was a sign from God, or maybe an angel on its way.  My nerves were shot.

I preached.  I told him that Jesus loved, and that was it, all of it.  He loved no matter what, except that time he got angry with the folks gambling and so forth at the temple.  Give unto, and so forth.  And Bub sat there and didn’t say a word.  He went from uncomfortable to miserable, and I kept going.

We were standing at the end of the driveway on this dead winter night watching for another angel.  I told him I had two beers under the tin bucket.  He reminded me that he was twelve.

I went up the hill and got the two bottles of beer and watched the sky so much on the way down I almost fell twice.  When I made it down to the camper, Bub was gone.  I could hear my son laughing again inside the house.

But watching for another sign was important.  My nerves and my guilt and my regret and my hurt eased up a little.  The beer was teeth-busting cold and the sky was the clearest it ever was, ever.  Another angel flew away from me across the sky and I let a tear go in the quiet. 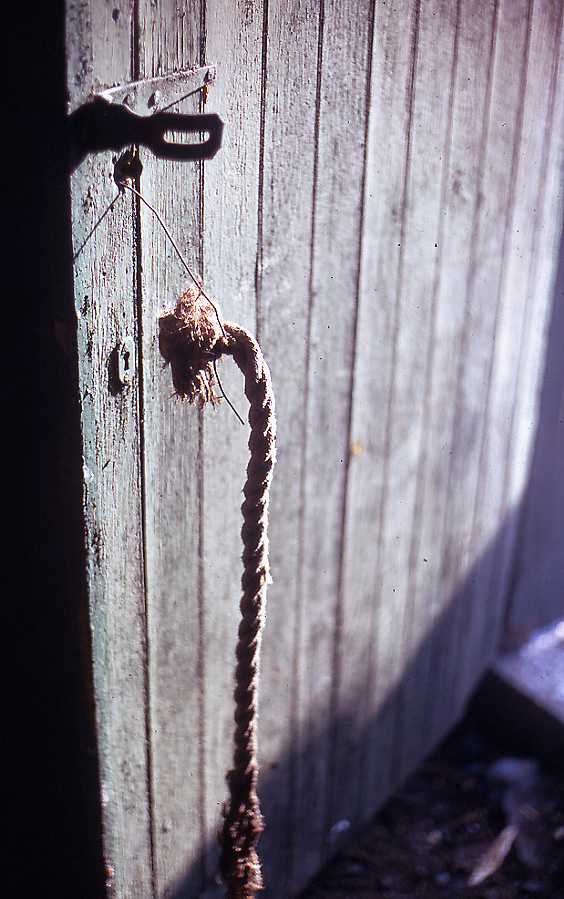 They moved in like a line of spiders across a clean plate.

Hollis Phelpry said he could smell them, and he was sitting outside the gas station, all the way across the road.  Bobbi Damron said it wasn’t civil how some of these gypsies walked behind the cars right there in the middle of Highway 460.  A body could come up through the horseshoe curve and run one of them slap over, she said.  How that person would be scarred for life, all because some gypsies thought it okay to roam Hurricane Creek, Kentucky like it was Romania or something.  It ain’t Romania, she said.  It’s Hurricane.  We have a nice church and a new Food City out on the four-lane and a public swimming pool and everybody tells the truth all the time, no matter how much it hurts.

Hollis called bullshit on that.

“Ain’t nobody around here tells the truth,” Hollis said.  They were standing outside Reynold’s Feed Store.  “Nobody wants the truth anyways, but they all ask for it, by God.  Every last one of them ask for it.”

In the line of travelers was a boy of about ten walking behind an old Jetta hatchback.

He held the hand of an older boy, a teenager who seemed deep behind the eyes.  The young boy wore a button-up shirt, tweed trousers and black boots.  He looked like a mesh up of a lawyer and an insurance salesman, Bobbi said.  He looked like Ray Harding, the county coroner and owner of Harding Funeral Home.  He looked half dead, she said.

“It’s not Christian how that boy’s being strung along.  Look at that.  I see a grown adult sitting in the back seat of that one vehicle there.  Why don’t they get out and let that boy ride?”

“Give it a hush,” Hollis said and lit a smoke.  He exhaled in Bobbie’s direction, just to get her riled up.  “Who the hell cares?  Gypsies.  Gypsies for crying right out loud.”

“You don’t know what kind of life they live.”

And just like that, when Hollis and Bobbie were near to yelling, the strangers made their way around the horseshoe bend, clear out of site without a word.

My Smile is Permanent

In this past my smile is permanent. Kisses with tongue behind the church and peeling buckeyes for you kept it so and kept it well.  I saw you again, and it was too late.

Storms on the Sun

And everyone will tell you about staring at the sun. You open your eyes wide and count the seconds, see into some future, a violent spotsmudge, your brain a lightning bolt. Your brain scorched clean of her.

The Yes of Honey Eyes

And now. Abs exploding in an ooze waterfall, seeing honey-colored eyes everywhere until it cramps from the surface of the bone outward.

Sheldon Lee Compton is the author of the collections The Same Terrible Storm and Where Alligators Sleep. He is also the founding editor of Revolution John. He survives in Kentucky.

Robert Bharda (Ward), originally from New York City, has lived in the Seattle area where for the last 35 years he has specialized in vintage photographica as a profession, everything from salt prints to poloroids. His illustrations/artwork have appeared in numerous U.S. and Canadian publications, including Naugatuck River Review and Conclave 8. His poetry, fiction and critical reviews have appeared The North American Review, Northwest Review, Shenandoah, Quarterly West, Fine Madness, Kansas Quarterly, Yellow Silk, Poets On, and many others, including anthologies.

Blue Fifth Review, edited by Sam Rasnake, Michelle Elvy, and Bill Yarrow, is an online journal of poetry, flash, and art.
View all posts by bluefifthreview →
This entry was posted in Art, Fiction Special, Flash. Bookmark the permalink.